TL;DR: Need to configure a Microsoft Power Apps (Power Platform) Lab environment for a workshop, App in a Day, etc. here is a ready to go script: https://github.com/nicknow/Setup-DataverseLabEnvironment.

In the Microsoft Power App in a Day package there used to be a script to quickly deploy a trial environment. It would setup the users, environments, and databases so attendees could get right to work. Somewhere along the way that script was removed and the directions now include instructions for attendees to setup a trial or demo instance on their own.

When I used to put on a Power Apps Workshop I had users create their own trial. My thought being this was empowering for attendees (and it saved me time.) This was a reasonable tradeoff for a two-day workshop. Recently I conducted a Power App in 60 Minutes workshop. It wasn’t going to be a good use of time to spend the 15-20 minutes it can take a group of new users to setup a trial – not to mention delays because of issues with a text message or what not.

So I went looking for the old script to automate setup. Luckily I found that Jim Novak of Futurez Consulting had put an improved version of that script on GitHub. After pulling it down and making some changes I got it work. But, of course, getting it work just isn’t good enough. So I had to have some fun tweaking it.

The script is now available on GitHub: https://github.com/nicknow/Setup-DataverseLabEnvironment. You can either clone the repository to your Windows client or download the script file from GitHub. The Power Apps cmdlets have a dependency on the .NET Framework so you need to run this in PowerShell 5.1, not PowerShell Core 6.

It will handle installation of the required modules so if they are not already installed make sure to open your PowerShell instance as an administrator.

The parameters are all explained in the README.MD file and in the script header. Here is an example command line:

Users are created as User01, User02, User 03, etc. up to whatever -UserCount you specify. Be aware, you need to have available licenses for all the users (so usually the limit is 24, 25 total licenses minus the initial user.)

Also, big warning here: this is for a lab environment. It’s going to delete everything except for the user it is connecting to Power Platform as and the default environment. All other users, groups, databases, and environments will be deleted automatically.

Take it for a spin. Please fork it, update it, and submit pull requests. If you have issues post them on GitHub. 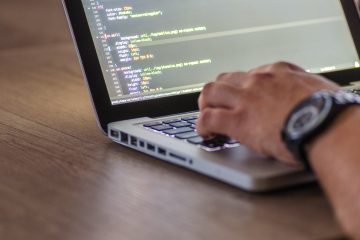 I’ve been spending some time with the modern tooling and thought it would help to blog some of the step-by-step to help others. Install PAC CLI Open a command prompt and type pac to see Read more…

When IT leaders push back on “citizen development” they are just displaying their closed mindedness and incompetence. Every successful organization is – right now, today – full of citizen developers, people using whatever technology tools Read more… 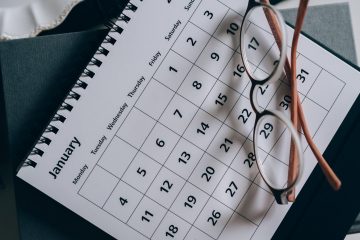 Calculating Next Anniversary/Birthday Date in Dataverse with Power Fx (Revisited)

About 4 1/2 years ago I wrote a post on how to calculate a next anniversary (birthday) date in Dynamics 365. It’s been a top 3 post according to Google Analytics. I’m proud of that Read more…

This website uses cookies to improve your experience while you navigate through the website. Out of these, the cookies that are categorized as necessary are stored on your browser as they are essential for the working of basic functionalities of the website. We also use third-party cookies that help us analyze and understand how you use this website. These cookies will be stored in your browser only with your consent. You also have the option to opt-out of these cookies. But opting out of some of these cookies may affect your browsing experience.
Necessary Always Enabled
Necessary cookies are absolutely essential for the website to function properly. This category only includes cookies that ensures basic functionalities and security features of the website. These cookies do not store any personal information.
Non-necessary
Any cookies that may not be particularly necessary for the website to function and is used specifically to collect user personal data via analytics, ads, other embedded contents are termed as non-necessary cookies. It is mandatory to procure user consent prior to running these cookies on your website.
SAVE & ACCEPT